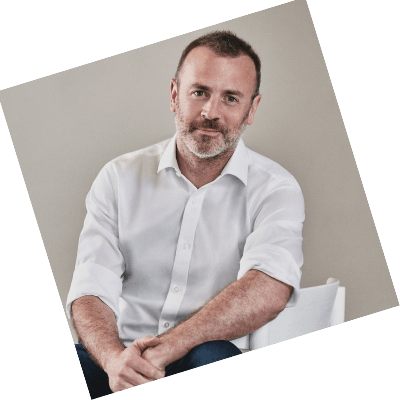 Stephen Fitzpatrick is a British entrepreneur who believes that technology, ingenuity and focus can solve humanity’s greatest challenge - the climate crisis. For the past 13 years, Stephen Fitzpatrick’s businesses have been powering progress in the decarbonisation of two of the world’s most polluting sectors – energy and transport. In 2009, Stephen Fitzpatrick began OVO Energy with a vision of building a different kind of energy company - one that would help consumers find a cheaper, cheaper, greener and simpler way to power their homes. Stephen started the company with a few friends around a kitchen table and today 4.5 million households rely on OVO for energy. Following the success of OVO, Stephen Fitzpatrick turned his attention to the challenge of decarbonising air travel - in 2015 he founded Bristol-based Vertical Aerospace. Partnering with Rolls Royce, Honeywell, GKN and Microsoft, Vertical is building the world's most advanced all electric air taxi, capable of carrying 4 passengers at up to 200mph. In 2021, the company listed on the New York Stock Exchange after securing more than 1,000 in initial aircraft orders from major global carriers such as Virgin Atlantic, American Airlines and Japan Airlines. In addition to his entrepreneurship, Stephen Fitzpatrick is an active campaigner. He recently led Zero C, a successful policy campaign for the introduction of a carbon tax that would accelerate the country’s transition to net zero and use the revenues to support people, households and businesses through the low-carbon transition