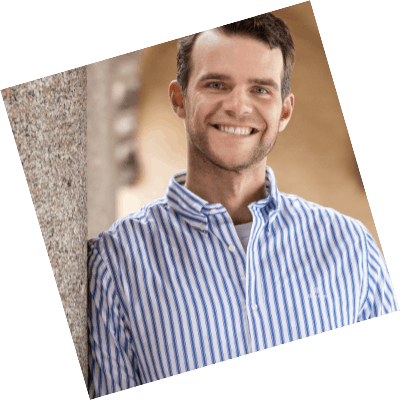 Fredrik Hjelm co-founded Voi Technology, Europe’s leading micromobility company, in 2018 with a vision to transform the way people move around cities. Hjelm’s idea was to reduce the reliance on private polluting cars and replace them with fleets of affordable, shared e-scooters and e-bikes. This was inspired by the four years he spent living in Moscow, which he described as “polluted and dysfunctional”, thanks to its choked-up, traffic-filled streets.

Fredrik’s entrepreneurial career began at 12 years of age in rural Sweden when he ran a number of commercial projects including forestry work, events and website sales. After graduating from high school, he attended the Armed Forces Interpreter Academy, within the intelligence branch of Sweden’s special forces, where he studied Russian and linguistics. He went on to study business and economics at the Stockholm School of Economics, where he met Voi co-founder Douglas Stark. Prior to Voi, Fredrik founded Guestit, the Nordics’ most successful Airbnb management company, and worked in business development for Avito.ru, Russia’s leading and the world’s third-largest classified advertising site.

Since launching Voi in August 2018, the company has become Europe’s leading micromobility provider, with users clocking up over 100 million rides across over 70 cities. With populations increasing exponentially, cities are the most efficient way for people to live but they need to adopt new infrastructure and transport systems. Voi’s aim is to be the platform that enables this across Europe, working in tandem with cities and their users to create a new way to travel.