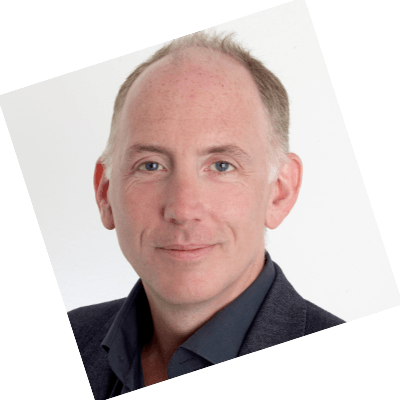 Simon is CEO of QA Higher Education. He draws upon a 25-year career building ground-breaking products and services across media and education that have impacted millions of people worldwide.

Prior to QA, Simon was founding CEO of the UK’s leading online learning platform, FutureLearn, from launch in 2012 until mid-2020, by which time 15 million people had signed up to short courses and degrees delivered by over a quarter of the world’s top universities. Post FutureLearn he spent a year as Group Digital Director for the world’s leading international schools group, Nord Anglia.

His earlier career was spent at the BBC – leading all-digital strategy and product development, initially for BBC Radio & Music, then for BBC Television. His teams delivered pioneering on-demand services such as the iPlayer, RadioPlayer and Podcasting, helped build BBC.co.uk into one of the world’s leading websites and led the BBC’s development on all other digital platforms.