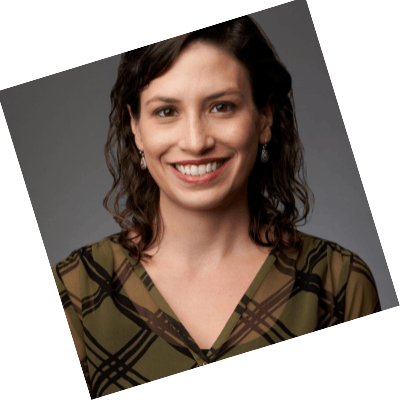 Jeanette Quinlan is Senior Program Manager at SpaceLink Corporation, a company building a satellite relay system that provides continuous, high-capacity communications for spacecraft on orbit. In this role, she oversees all of SpaceLink’s NASA and Civil government program activity, working closely with the SpaceLink team of engineers, managers, executives, and industry partners. Currently she manages the implementation of a demonstration of the SpaceLink relay system on the International Space Station, which is scheduled to begin in early 2025.

Jeanette has 17 years experience in the space industry, with roles as Engineer, Director, Consultant, Startup Advisor, and Program Manager. With a passion for supporting growth at startup companies, she brings a depth of expertise in analysis, design, testing, and on-orbit monitoring of satellites in LEO and GEO orbits.

Prior to joining SpaceLink, Jeanette was the Director of Space Systems at Akash Systems, a startup developing a new material, GaN-on-Diamond, for Aerospace applications. Before joining Akash, she managed the U.S. operations of Starburst Aerospace Accelerator, connecting traditional aerospace prime contractors with startups. Jeanette spent the first 11 years of her career as a Thermal Engineer in the satellite industry. Over that period of time she worked at OneWeb, Space Systems Loral (now Maxar), and ITT (now L3Harris).

Jeanette has a Bachelor of Science degree in Mechanical Engineering from the University of Rochester in Rochester, New York. She founded the Bay Area Women in Space and Aerospace, a quarterly speaker series promoting diversity and creating opportunities for women in the Aerospace industry to build their professional networks.