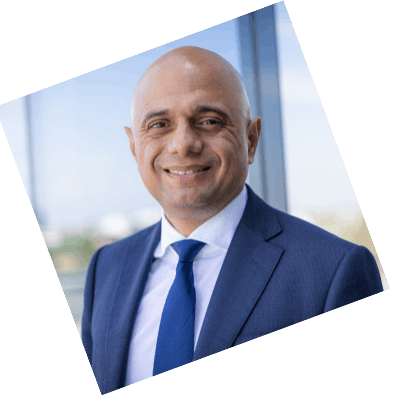 Sajid Javid was appointed Secretary of State for Health and Social Care on 26 June 2021.

Before being elected as an MP, Sajid worked in business and finance. Aged 25, he became a Vice President at Chase Manhattan Bank. He later moved to Deutsche Bank in London to help build its business in emerging market countries. Sajid left Deutsche Bank as a senior Managing Director in the summer of 2009 for public service.