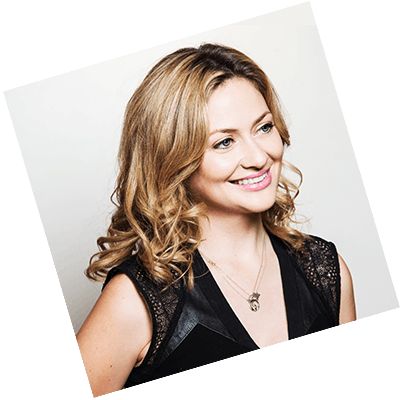 Decoded run Data Academies for organisations such as Nike, M&S, Unilever and UBS, rapidly up-skilling talent in emerging technologies such as machine learning.

Decoded works closely with boards and leadership teams worldwide decoding complex technologies, enabling them to lead in a digital age.

They are on a mission to fill the data skills gap and realise the positive potential of technology within the economy.

Kathryn is an ardent techno-optimist, a believer in the promise of innovation and discovery to improve human life around the world. But she insists that as we witness the disruptive impact of technology on traditional economies and social systems around the world, the so-called “Fourth Industrial Revolution” in our midst, that we are called upon to launch an “Education Revolution.”  Kathryn is leading the campaign for an education which is adaptive, expansive, and lifelong, to ensure that the great benefits of technology flow to all of us.

Kathryn is a regular international keynote speaker on “The Education Revolution”, sharing what she believes governments, CEOs and individuals can do to give themselves permission to learn and to be part of the future economy.

Kathryn graduated from Cambridge University with a degree in Classics and started her first business at 26 years old.  She campaigned successfully for Code as a mandatory subject on the UK National curriculum and received an MBE for services to Education in 2014. She sits on the boards of the Department for Business and Business Advisory Boards for the London Mayor and Number Ten Downing Street.