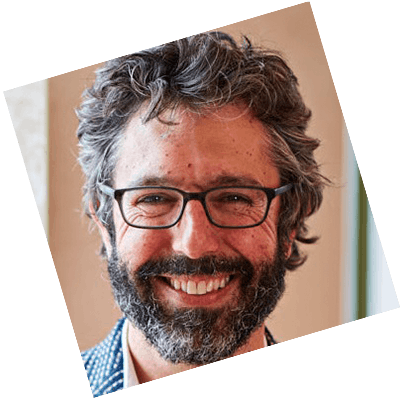 Paul van Zyl grew up in South Africa during the apartheid era. He served as the Executive Secretary of South Africa’s post-apartheid Truth and Reconciliation Commission.

Shortly after, Paul co-founded the International Centre for Transitional Justice, an international human rights organization that works in over 40 countries that have endured massive human rights violations under repression and conflict. He also received the Skoll Award for Social Entrepreneurship and was chosen as a Young Global Leader by the World Economic Forum and served on its Global Agenda Council on Fragile States.

Paul is also the co-founder and CEO of Maiyet, an ethical luxury fashion brand that cultivates traditional design and culture by partnering with global artisans. Maiyet has recently evolved into The Maiyet Collective, which currently brings together the largest collection of sustainable luxury and positive impact brands in the world. Featuring over 50+ new and emerging brands on a rotational basis, The Collective provides a retail showcase for small to medium sized sustainable brands, as part of a community of like-minded partners who share a similar philosophy and mission.

Paul co-founded The Conduit in 2016. The Conduit serves as a home for those committed to improving the world by harnessing the power of creativity and entrepreneurship. Located in a 40,000 sq. ft. building in the heart of London, The Conduit connects thinkers, leaders and innovators in various fields to force impact for the greater good. The Conduit opened in Summer 2018.

Paul was also announced one of London Tech Week’s 30 Change Makers in 2018, as well as recognised as one of the Evening Standards 1000 most influential people in London 2019. Mr. van Zyl also sits on the Swarovski Foundation Board, as well as the British Doc Society Board.