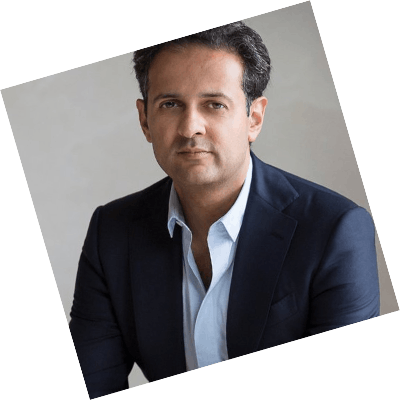 Rishi Khosla OBE is the CEO and co-founder of OakNorth, the leading fintech business on a mission to empower the “Missing Middle” globally. He started his first business, Copal Partners, a financial research company, in 2002 with just $60k. Over 12 years, he and his co-founder, Joel Perlman, scaled it to a 3,000-employee organization across 13 markets, before selling it to Moody’s Corporation (NYSE: MCO) in 2014.

They then set out to build their second business – OakNorth – which uses data, analytics and credit intelligence to enable banks to lend smarter, faster and more to businesses.

Since its launch in September 2015, OakNorth has grown into a fintech success story, deploying its credit intelligence software to leading banks around the world, including: Capital One, PNC, Fifth Third, SMBC and ABN Amro, as well as its own bank in the UK (OakNorth Bank).

Rishi is an early-stage investor in a number of leading technology companies, including PayPal. In 2019, he was awarded an OBE (Order of the British Empire) from her Majesty The Queen for services to business.