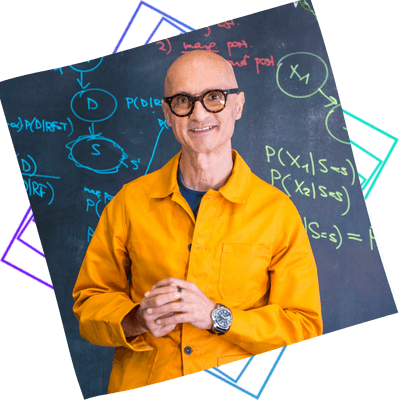 Dr Ali Parsa is a British-Iranian healthcare entrepreneur and engineer. He’s the founder and CEO of Babylon, the revolutionary artificial intelligence and digital health company. Babylon’s mission is to put an accessible and affordable health service in the hands of every person on Earth.

By combining cutting-edge AI technology and the best available medical expertise, Babylon gives people 24/7 access to affordable, holistic health services. The company is home to a large, passionate team of scientists, clinicians, mathematicians and engineers—all recruited from over 60 different countries. With over 3 million users, Babylon is transforming the way healthcare works across Europe, North America, Asia, the Middle East and Africa.

Before Babylon, Dr Parsa created Circle, which became Europe's largest partnership of clinicians, with some £200m of revenue, 3,000 employees and a successful IPO. The Independent Healthcare Awards presented Dr Parsa with an Entrepreneurial Achievement award for establishing Circle. He was given the Royal Award for the Young Entrepreneur of the Year for founding his first business, V&G.

More recently, Dr Parsa was listed in The Times 100 people to watch. The Health Service Journal recognised him as one of the ‘50 most influential people in UK healthcare’. He was featured in the Maserati 100, a list that recognises game-changing entrepreneurs who are disrupting the world of business. Dr Parsa also won the CEO Award by Finance Monthly and ACQ5's UK Game Changer of the Year. He is a UK Cabinet Office Ambassador for Mutuals and has a PhD in Engineering Physics