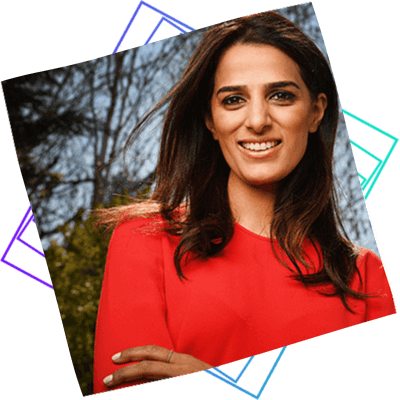 Priya Lakhani OBE is the Founder CEO of CENTURY Tech, the award-winning artificial intelligence education technology company. CENTURY is the global leader in AI-powered learning tools for schools and families, working in dozens of countries across the world.

CENTURY’s mission is to help teachers across the world to remove learning roadblocks so that every student can succeed. CENTURY’s scalable technology creates a constantly adapting personalised learning path for every student across any curriculum. It provides teachers with real-time rich data insights to make effective targeted interventions.

Priya was awarded Business Entrepreneur of the Year by the Chancellor in 2009 and Officer of the Order of the British Empire in 2014. She was a business advisor to the UK’s coalition government, was appointed to the UK government’s AI Council in 2019 and is a regular commentator on global news for the BBC. In 2018, Priya co-founded the Institute for Ethical AI in Education. In 2018, CENTURY won a prestigious MIT SOLVE (Education) award, and in 2019,

Priya was named Economic Innovator of the Year by The Spectator. In 2020, she was awarded an honorary doctorate by Coventry University’s engineering faculty and appointed Honorary Vice President of the Council of British International Schools.